He sat with his hands placed in his lap, on top of the blankets that covered his knees, as he stared out the window. Light shone in from outside, but he never felt the warmth that should have come with it. Instead, he watched, and waited in silence.

The door opened behind him, and clicked shut again. Footsteps softly padded behind him. And her arms, her warm arms, reached around him in an embrace as he closed his eyes and leaned back into her. “You’re here.”

“I am.” A whisper, a familiar voice. Floating past his ear, entering his consciousness, as he raised his arms to cling on to hers. An act of desperation, one that didn’t go unnoticed.

“Come now. It’s time to dance.” With that, his limbs were unfrozen, and he tottered out of the wheelchair, rising unsteadily, standing on his own feet. He turned around to look upon her.

The light shone on her slim form, highlighting her cheeks, her face. Her eyes were bright and warm, her slender arms reaching for him as he stood, bringing him to her as he started to weep. Always, he would weep, as she held him close, whispering her love and giving him strength. Her soft lashes fluttered against his cheek and her voice gently caressed his ear as she spoke to him, as he regained the ability to move. Something in her gave him strength that he could not explain.

When he was finally steady, he leaned back, wiping his eyes, and nodded. He slipped one hand around her waist, and held out his other hand. With an impish smile, she placed her hand in his outstretched hand, and the other hand gently rested on his shoulder. And the dance began.

The music flowed, as they stepped through the dance. He felt a little off-balance at first, but the steps came back to him. And as they danced, the room came into being.

It was a glorious room, chandeliers, a small orchestra playing off at the side. Spectators watched and marvelled as the music soared, as they both soared on winged feet, as their toes twinkled steps that glittered in the air. He laughed, and she giggled as he twirled her, as they both felt the freedom that came with a good dance, with the steps and the joy of a dance that brought out everything in them, and gave them everything in return. They danced with abandon, their feet leaving the ground at times, as the room whirled, as the music played, as the steps came unbidden. Her skirts twirled, and the little bell in her anklet pealed little notes of joy and happiness, as they danced, danced, danced.

But the music had to end. They danced the last few steps of the dance, the room becoming its colourless self again, the only light streaming in from the window. The bell on her anklet no longer pealed, but tinkled. And he breathed deep, as she came to rest in his arms, as he held her close, as the fragrant scent of cherry blossoms filled his nose. Now she was the one weeping, as he held her. She was the one clinging, as he whispered to her, as he told her of his love.

She stepped back, when he was done. When he felt that familiar lassitude creeping over his limbs, as he stepped back to his wheelchair, as he sank down, hands trembling as he arranged the blankets over his aching and cold knees. And he looked up at her as she stepped back further. And further.

And with a small wave of her hand, she faded from his view, a glittering teardrop hanging in the air. And he waited yet again, for her to come back to him, for the dance to start again.

“How long has he been here?” This was a young doctor. Someone new. She’d never seen him before.

“Three years? He was already here when I started working here.” She checked the drip and wrapped the blood pressure cuff around the arm of the occupant of the bed.

The doctor nodded and continued to review the chart, making some notes. Then he pointed to the man in the bed. “Does he always do that?”

She looked at the occupant, and saw him smile, even as a tear trickled down his cheek. “Yeah. Around this time every day, he’ll smile, and he’ll have tears. His heart rate always comes up just a little as well.”

“None. It always seems close, but he never wakes up or shows that he’s aware of what’s going on around him.”

The doctor tapped his pen against his chin as he reviewed the notes. “Hmm. Survivor of a car wreck which killed his fiance. But no obvious head or brain damage. I wonder why he doesn’t wake up.”

The doctor looked at the man’s smile. “He looks… happy though. I wonder whether he’d be happier staying that way… or waking up to reality.”

She sniffed as the numbers flashed on the screen, and as the doctor handed her the chart. “I’m sure he’d be happier once he wakes up and gets used to life again. How can anyone be happy being lost in their own mind?”

The doctor shrugged. “Life goes on, I guess.”

As they left to attend to the next patient, a faint scent of cherry blossoms wafted through the room.

And the sunlight glittered for a moment, as a faint breeze rustled the curtains around the bed. The curtain rails tinkled like a bell would, as the light streamed in from the window. 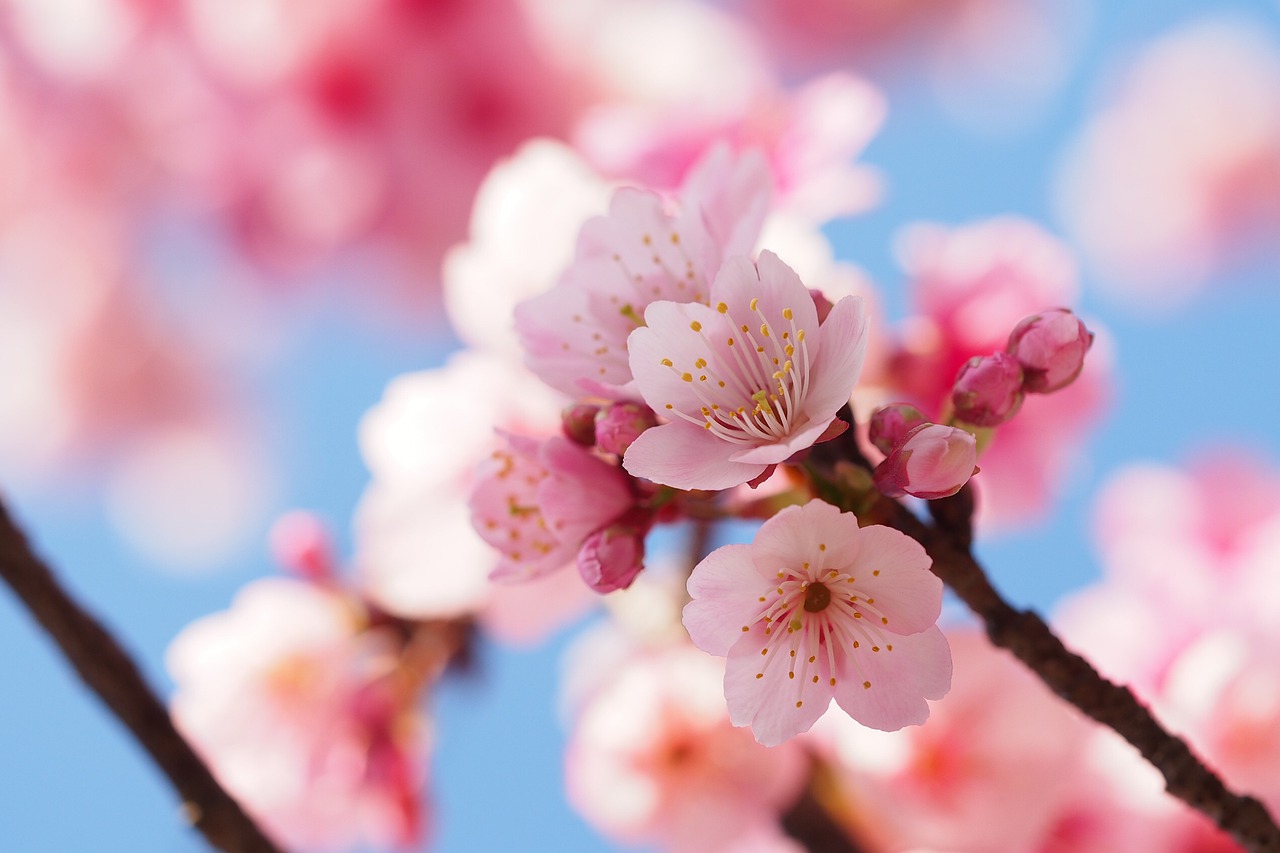