He was young when he finally tasted freedom. And it was bad. Really bad.

He’d been at an amusement park when it happened. An amusement park is a wonderful place, and when you’re a young boy with lots of energy, it’s a place of mystery and wonder. All those dark alleys and tents that your parents pull you past, instead of letting you in to soak in all the different joys that mystery has to offer. He wanted to taste them, and he knew, just knew, that it would be wonderful and fun. Parents are there for a reason – to take away fun. Therefore, by extension, anything that his parents denied him must be fun.

He never told them that though, for fear of being punished. Parents, you know.

So when the roving amusement park came to town again, and they were queuing for a ride, he waited for them to be distracted with his sister’s incessant questions, and then he ran. He ran.

He darted past legs, ignoring the screams and cries behind him. He shot past stands and stalls, and in his hand, he clutched tightly to the small bag of coins that he’d saved up for this day, for this chance. He was free and he intended to stay that way.

He slowed down when the sounds of pursuit seemed to have died off, and looked around him. A cotton candy machine stood next to him, and further down, corn dogs and popcorn were attracting attention. He quickly exchanged some of his coins for cotton candy. This was starting off royally well! He ate, and sauntered down the open alley, stopping to play a game of ring-toss. A soft toy was his reward – how much better he did without his dad muttering how he should toss them better, and his mum hovering over his shoulder! It was a small soft toy, but everything starts somewhere.

It started with a flicker at the edge of his consciousness. Something seemed to be watching him, and when he turned around, he never saw it. But more and more he felt the weight of its eyes on him. He was being watched and noticed.

It really hit home when he was trying to decide whether he had enough coins for the little ferris wheel ride. He always liked to be up at top, though he’d always wished he could be alone instead of having to deal with his parents and his sister. The attendant looked bored until she realised that he was alone. Then her eyes narrowed and she sat up straight in her chair. “Where’s your parents, boy? You can’t be wandering around here alone, a little boy like you. Shall we go look for your parents, boy?” She leered at him. And behind her eyes, a flicker of orange arose, and blossomed into flame. 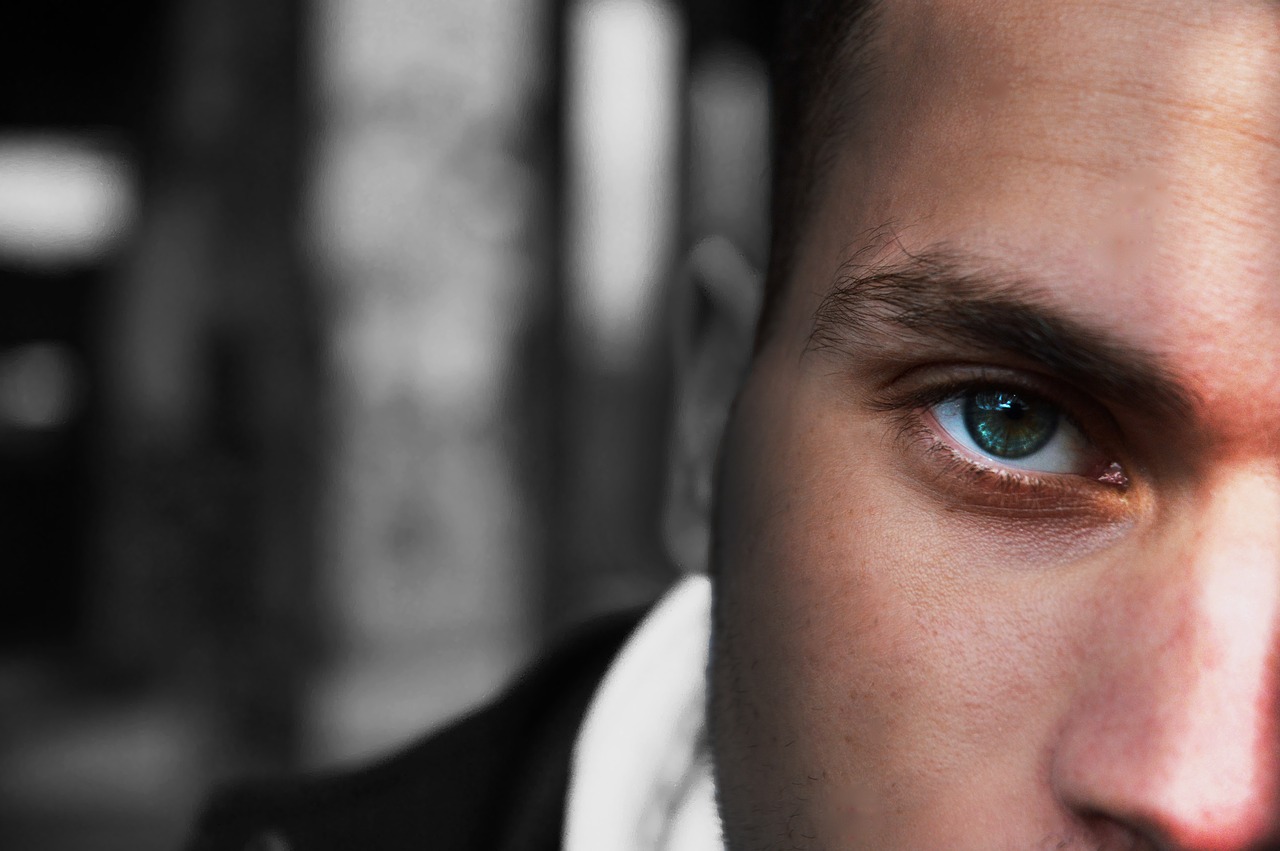 He’d screamed and ran. Not like before. This time, shadows sprung from every corner. Dark flickers reached out for him as he’d dodged, screaming and running. Then he was running without screaming because, you know, breath tends to run short, when you’re running, for your life. He ran, and collided into a giant form and a giant paw reached down for him, to grab him. He howled and bit and kicked, and somehow wriggled his way out, and ran again.

A dark bird swooped at him. A face leered at him from the ground, its mouth locked into a hideous rictus. He was in a darkened alley, surrounded by boxes and the bird was going to attack and the face was going to reach out and bite his face off. Melt his eyes off. He crouched into a ball to protect his face and screamed.

He felt, rather than heard, the hand that reached out and grabbed him from behind his collar. He was picked up like a puppy, and dangling off the floor, he could no longer fight. Coins tinkled as he released his pouch, and his pants grew uncomfortably warm as he released something else. He scrunched up his eyes tightly and refused to open them, just sobbing. Let them eat him. He couldn’t fight. No more.

As he hung there, he slowly opened one eye. The large form that he had collided with earlier stood in front of him at arm’s length. The figure’s arm. Holding him out. He scrunched his eyes tight shut again. He’d be eaten, he was sure of it.

And slowly opened his eyes again when again, nothing happened.

In the dim light, he realised that the large form was a man. A very large man, but with a kind face. And a gentle curiosity and sadness danced behind his eyes, this large man with a very large hand that was lifting him up. He wasn’t going to be eaten.

At that the tears came. He was brought into a warm embrace, and the man stood with him in his arms until the sobs subsided. As the storm passed, he realised that he was in a dark alley with the giant of a man holding him close, while a cutout of a crow fluttered overhead in a broken bunting, and a clown’s mask stood out from the mud, half buried in the trodden mass of the mud.

The giant held him with one arm, and turning around, walked until they reached a well-lit tent. His parents were there, and they were screaming at the giant, and mum was flailing at the wall of a man, while dad picked him up, and held him close while shouting imprecations at his rescuer. He couldn’t speak though, and buried his face in his dad’s shoulder while the screams went on. The giant simply stood there while a man in a suit raced out and started to add to the noise while waving his arms.

And then, as his dad lowered him to the ground, and looked into his eyes, he saw that red flame flicker and come to life again. And now he screamed, and would not stop screaming even as three other men came rushing over and bundled the giant away.

Life would never be the same again. He’d never stop seeing those flickers of light again, even after the police came to take away his dad one day, the knife still dripping, his mum’s eyes glazed over where she lay, while he stood, the phone receiver dangling from his hand, protected together with his sister behind a barricade he’d prepared for this very possibility. His sister’s eyes had innocence and pain. He’d known that she’d need his protection. But she was never really free, unlike him.

Freedom came at a high price, for him. He’d never be really un-free again.